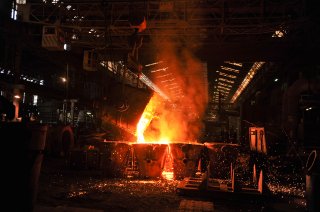 A number of industry bodies have expressed concern about a lack of interest by the local foundry industry in taking advantage of new opportunities.

“There are many support schemes being provided for industry; however, it is difficult to get companies to participate as they are doing business without considering where future work will come from,” says United Nations Industrial Development Organisation (Unido) chief technical adviser Richard Beän.

South African industry bodies the National Foundry Technology Network (NFTN), the South African Institute of Foundrymen (Saif) and the Aluminium Federation of South Africa (Afsa) have also expressed their concern about this situation. These organisations believe that government’s failure to make decisions on scrap exports is affecting confidence.

Beän notes that the South African government’s localisation strategy is providing opportunities in skills training and tech- nology support, which are being well coordinated by the NFTN, Saif and Afsa.

However, he insists that the local foundries need to be pushed into becoming more serious competitors as the country still imports a lot of products it is capable of producing itself.

As part of the localisation strategy, government departments are offering a number of assistance schemes, including the Technol- ogy Assistance Package (Tap), the Foundry Energy Management project and various upcoming workshops with support from the German Foundry Institute.

The Department of Science and Technol- ogy’s Tap programme supports companies through the provision of technology-related funds. About R20-million in funding is available to 27 selected companies.

South Africa has about 200 different foundries ranging from small to large. Of these, about 20 generate 80% in mass of the country’s total metal castings output. South Africa averages a production rate of about 400 000 t/y of metal castings. In 2009 China produced 34-million tons, from only 26 foundries, which is a third of the world’s total output, and the largest output. Following China was the US at about 11-million tons, India at about 8-million tons, and then some traditional strong industrial nations such as Germany, which produced 3-million tons. Korea, Japan, Brazil, Mexico, South America and various Eastern and European countries all produce between one-million and three-million tons. The South African foundry industry currently creates between 12 000 and 15 000 direct jobs. (please note that these facts are estimates as there are no formal statistics on South Africa’s foundry industry, sourced Saif)

However, the NFTN, Saif, Afsa and Unido have noticed that some companies either accept the funding, but do not use it, or do not want it at all because they do not want to divulge any sensitive business information.

Meanwhile, the Foundry Energy Man- agement project, in partnership with State-owned power utility Eskom, will focus on reducing electricity costs for foundries by tackling smaller areas, such as compressed air, lighting and other specific areas, such as the furnaces and the melting process, which consume a lot of electricity.

However furnaces are long-term capital assets where decisions are generally made under different decision parameters, namely expensive capital and cheap energy. Currently, the foundries are dealing with expensive capital and expensive energy. The scheme will focus on finding and funding practical solutions to high electricity consumption.

Part of this project is to identify companies that can act as electricity-saving companies (Escos) on behalf of Eskom with very spe- cific foundry expertise. The project team will target 15 companies to become Escos.

Further, researchers at the Council for Scientific and Industrial Research, the Uni- versity of Johannesburg Metal Casting Technology Station (UJ MCTS), Saif and the NFTN have partnered with the German Foundry Institute, which will host workshops in Gauteng, KwaZulu-Natal and the Western Cape during April, to showcase the types of energy savings achieved within the foundry industry in Europe and how these methods can be applied in South Africa.

The German Foundry Institute has also set aside, through its Client programme, funding to support the South African foundry industry in implementing these types of savings methods.

“The NFTN would like to ensure that all these energy savings initiatives are coordinated in such a way that industry sees it as one initiative and not pockets of silo inter- ventions with one not knowing of the other,” says NFTN project leader Adrie El Mohamadi.

“It is very important that all the foundries have equal opportunities to access these programmes,” El Mohamadi adds.

Further, she says that there has been posi- tive feedback from companies that have participated n the initial benchmarking, where managers have taken the information from the benchmarking and implemented energy savings of up to 20%. NFTN would like to see if these companies can be assisted with even further savings.

Meanwhile, Beän states that the Department of Trade and Industry’s Automotive Production Development Programme, which is set for implementation in 2013, will help the foundry industry as it has a bigger focus on localisation.

“I believe that this will create opportunities for all local manufacturers and not only for foundries,” he adds.

He notes a lack of competitiveness in the manufacturing industry and emphasises that, for this reason, it is important for organisations such as the NFTN, Saif, Afsa and Unido to prepare the foundries and other manufacturers so that they are able to access any available training and expansion opportunities.

Unido is currently working on a sub-contracting and partnership exchange programme to increase the economic impact of large-scale international and local investors as well as State-owned enterprises by developing the capacity of the local supplier base in South Africa to compete successfully.

Saif CEO John Davies adds that there are more programmes in the industry that will be run with Unido’s localisation focus, and these will cascade to all levels of government. Government-funded projects will be required to source local content and material rather than the cheapest parts internationally.

“One of the biggest challenges currently facing the industry is that many of the finished products are imported. No matter how many components are produced in South Africa, the final imported product has accumulated added value, and the value that could be added if manufactured in South Africa is lost,” says Davies.

Other major challenges include a shortage of skills, rising electricity costs and environmental issues.

“In the short-term, electricity supply is still a big risk owing to the pressure on Eskom’s electricity grid. The [difficult period] will be between now and mid-2013,” says Davies.

He adds that environmental issues, such as air emissions and waste sand disposal, also remain a concern. The most recent regulatory requirements are very strict.

Signup to the SAIF Newsletter